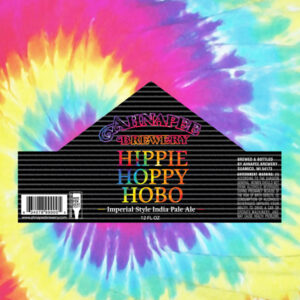 Hippie Hoppy Hobo is set to be released on Saturday, May 8th in bottles & on draft at both locations.

As you have likely noticed, our attention towards Pale Ales, IPA’s and IIPA’s have grown since our move to Suamico due to the additional beer lines we have at our disposal.  With that in mind we’re excited to release our first ever Triple IPA!  It’s also the first ever Hobo brew which is hop focused!  Hippie Hoppy Hobo (HHH) is a touch over 10% ABV and Triple Dry Hopped. Hops featured in HHH are Talus, Centennial and Citra for a super juicy and citrus hop bomb!

Due to the limited nature of Hippie Hoppy Hobo there aren’t pre-sales for the general public. Limit one 4 pack per person, first come, first served.